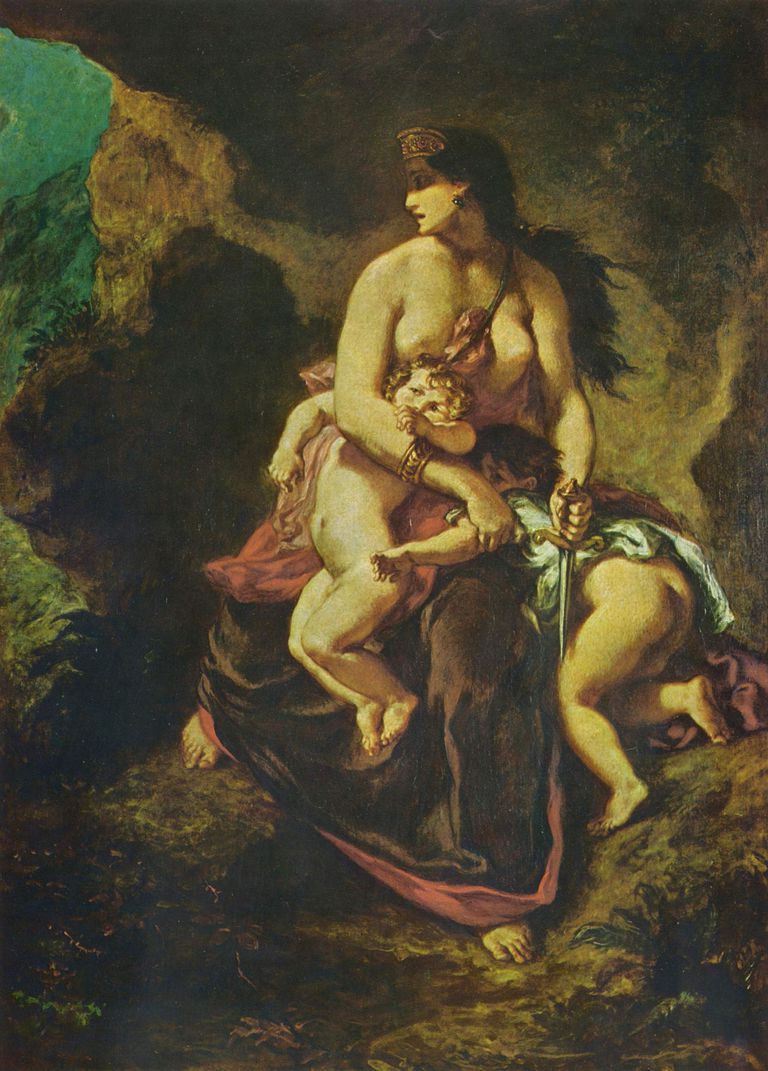 Chorus:  Will you kill your own flesh and blood, Medea?

Medea:  Yes, this will cause my husband to feel the most pain.

Parental alienation affects mothers and fathers, all economic classes, all walks of life- not only in the divorce culture -nay, industry- in the United States, but internationally.  There is much debate over whether this is a syndrome, whether it is a legal issue or a mental health issue, or a public health issue, or a domestic violence issue.  In all of the effort to figure out where to put the issue, some will even deny that a problem exists, regardless of what it is called and where the world might finally decide where to put it.  It happens in every corner of the globe.  Some countries have made parental alienation a punishable crime: fines are the legal remedy in England, while jail time and change of custody are the remedies in Mexico and Brazil.

Parents and advocates in many states in the US are fighting for 50/50 default custody because they believe this arrangement will prevent parents from fighting over children.I am sorry to be the messenger, but I live in a 50/50 default state (Washington) and I still became a target for parental alienation.  I have no criminal record.  No prior mental health issues. I was a stay at home mom for fourteen years.  The children were happy and healthy prior to the divorce.  Even at the beginning of separating into different houses and splitting our schedule to 50/50, the children were sad, but they continued to thrive and exhibit resilience.  When a custody investigation was opened by my husband to ensure the “safety” of the children who were thriving, a turning point occurred.  Six months into the investigation, my oldest daughter began refusing time with me.  The reasons for refusing time with me changed several times.  Despite court ordered therapy and the investigator’s recommendation of continued 50/50 residential time, I lost my daughter.

Revenge.  Gaining revenge against a former partner by using and hurting the children is not new behavior, whether it is considered a legal issue or a mental health issue – or whatever. Why should you be interested? Children are literally suffering and dying.

In the United States, this phenomenon was once called “Malicious Mother Syndrome.”  In 1995, Ira Daniel Turkat published an article in the Journal of Family Violence entitled Divorce Related Malicious Mother Syndrome.  This article highlighted some of the ways an alienating parent (back then, assumed to be the mother), in the context of divorce, exacts revenge on the other parent (usually the father) while objectifying and otherwise emotionally injuring their children.  It used to be much more convenient for women to engage in this behavior, as gender stereotypes worked against fathers – both in and out of court.  Today, gender stereotypes are exploited (and will always be exploited by alienating parents) to get what they want:  to hurt the other parent, regardless of gender.  There is an excellent Ted Talks episode on the subject of parental alienation and gender by Jennifer Harman. Check it out.

Before Malicious Mother Syndrome, Medea Syndrome was a popular term recognized in the medical and mental health communities to identify a mother’s compulsion to murder her children in order to exact revenge on their father.  The origin of this term is the Medea myth in Greek mythology.  The medical community in the US is now exploring the instances in which there are Medea fathers out there as well, as in the article published in 2001 by the US National Library of Medicine entitled, “The ‘Medea Complex’ Among Men:  the Instrumental Abuse of Children to Injure Wives.”

As with other forms of abuse, it doesn’t have to reach the point of murder to count as abuse.  It is still abuse.  An adult using a child to further their own ends is always abuse.  In an extraordinarily heartbreaking case on May 2018, a mother embroiled in a high conflict custody case experienced a recent setback in court.  The judge would not allow her to take her seven year old son on holiday in Europe. The parents’ conflict had become so intense that they had been transferring custody at the local police precinct before tragedy occurred.  In May, she rented a hotel room in New York City.  She pushed her child out of the hotel room window, and then jumped out of the window herself.  A homicide/suicide.

Everyone throws up their hands in these cases. “How could we have known?”  By not wanting to get involved, you are in fact taking a side.  This seven year old boy’s death was preventable. This father’s grief will shape the rest of his days.

This is a domestic violence issue.

This is a public health issue.

This is a legal issue.

This is a mental health issue.

Published by Waiting for Gus

This is a blog dedicated to describing my experience as a targeted/rejected parent in Seattle, WA. Thanks for stopping by. View all posts by Waiting for Gus